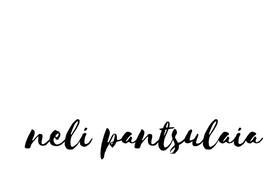 Neli Pantsulaia (b.1993) is a Copenhagen-based Georgian composer, raised in Moscow and Tbilisi. She completed a master’s degree in music composition from the Royal Danish Academy of Music in Copenhagen (2020), under Niels Rosing-Schow, Jeppe Just Christensen, and Hans Peter Stubbe Teglbjærg.

Her works are strongly influenced by various elements and images of human perception, evoking authenticity, conceptual form, and nostalgia. In her music, Neli Pantsulaia works cross-genre and emphasizes a dramaturgy-based narrative by using different kinds of art forms. Following her studies in electronic composition at the Royal Academy of Music, Aarhus, she received a BA in Music (2017) from the Tbilisi State Conservatoire.

Her music has been performed in Georgia, Denmark, Spain, Portugal, Iceland, Finland, and the Netherlands.

Neli is a member of the duo Shattered Objects and is co-founder, co-director, and performer along with composer Sophia Sagaradze. They explore politically-charged aspects of cultural identity through their performances. As they combine experimental aesthetics and new music, they transform pop-cultural perspectives within the context of their socioculturally complex backgrounds.